This client was living comfortably in a nicely appointed, traditional, one-bedroom apartment. They were enamored with their location, but needed more space to raise a family. Our work with them began while they were considering the purchase of the apartment directly above with a goal of combining the two apartments. Central to that mission was determining feasibility and then designing an elegant new stair in a traditional style that would embrace and reinforce the architectural language of the existing residence. The entire upper level was also renovated to add three bedrooms and harmonize aesthetics the with intact lower apartment. 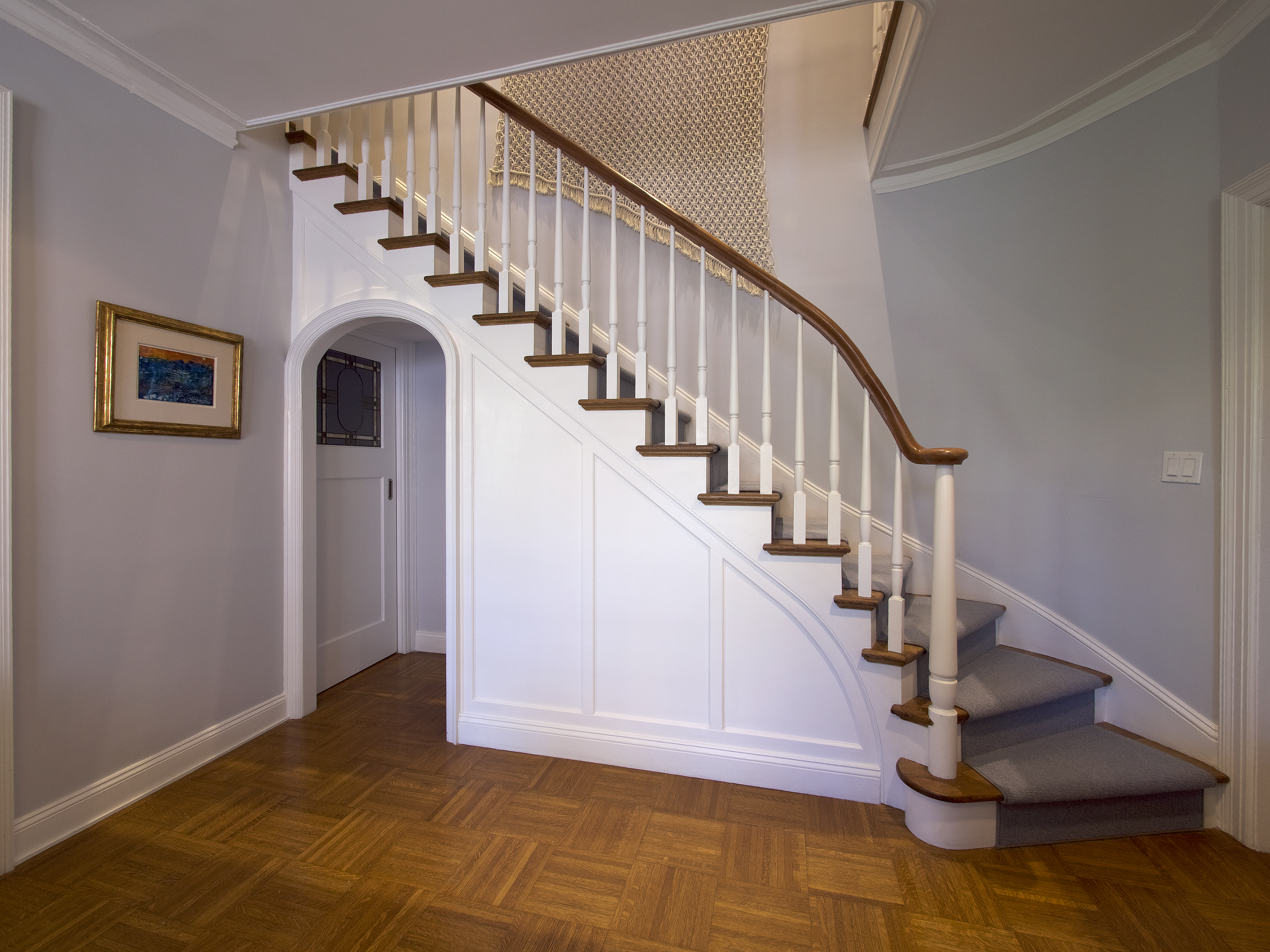 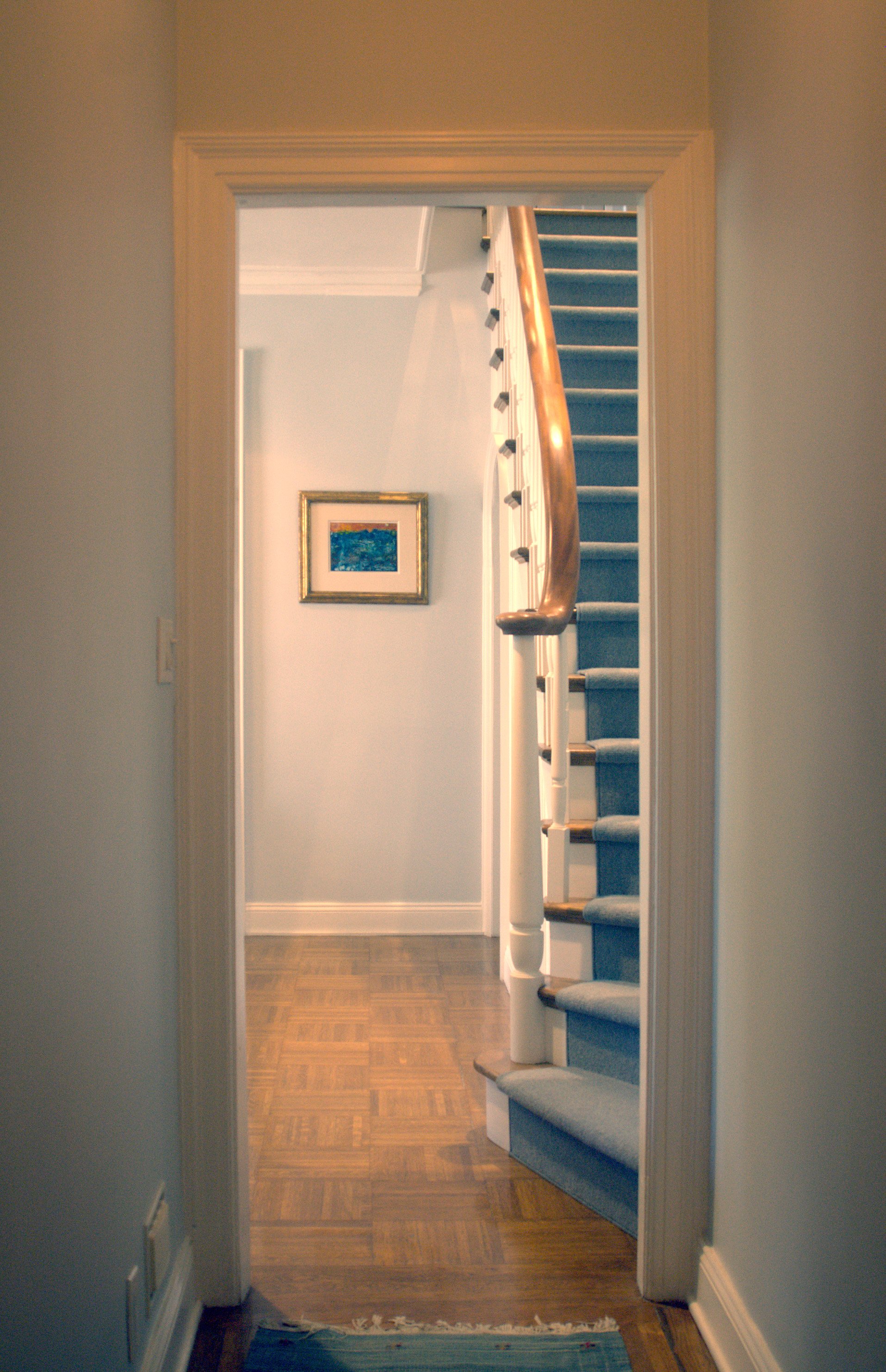 The new stair is seamlessly stitched into the fabric of the apartment giving it a sense of inevitability - as if it had always been there.
We built the stair along one interior wall that had previously held a set of bookshelves.  The opening between the living room and dining room was also enlarged.
Column 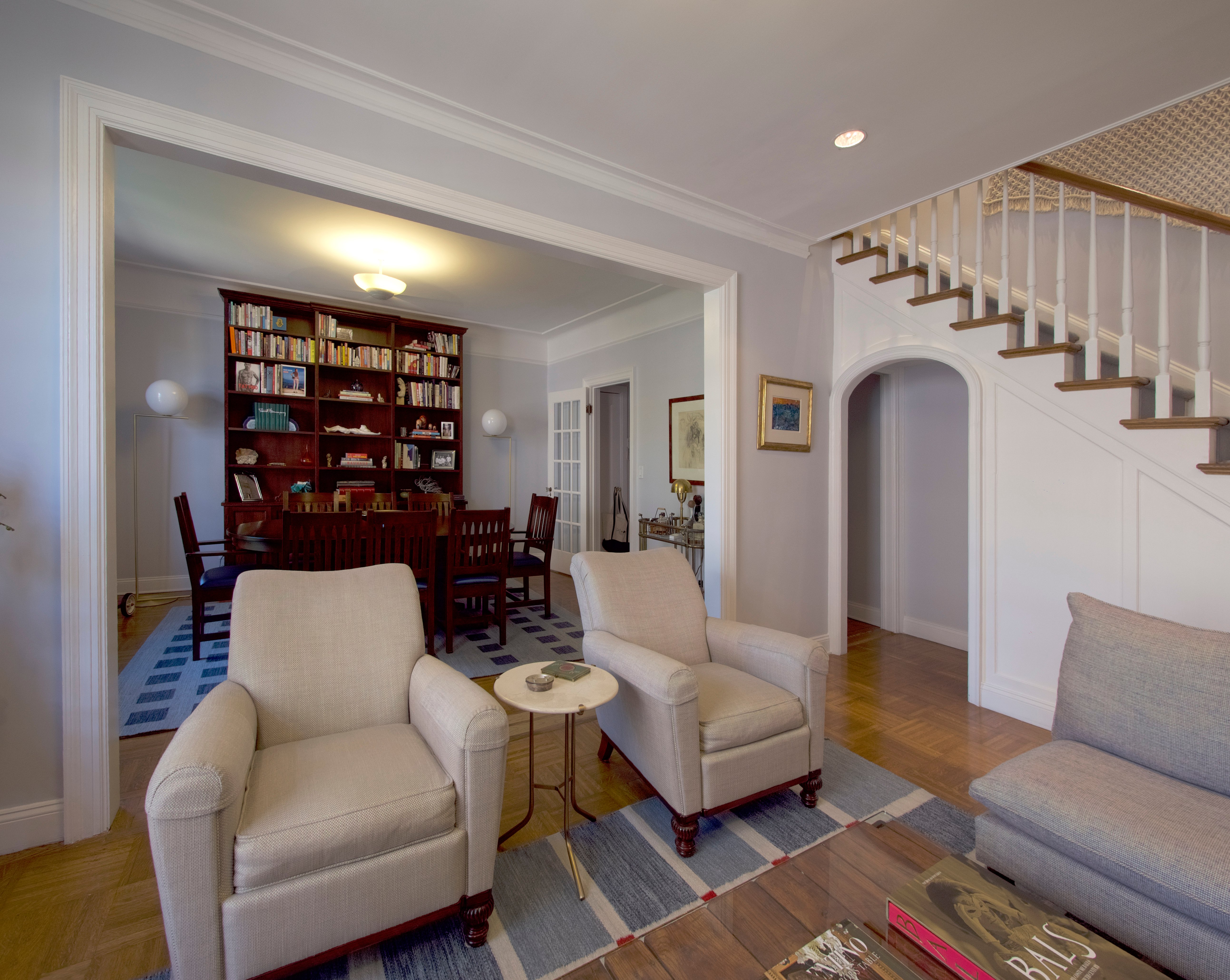 Living room before construction;  the stair replaced the bookshelves on the right.

The most rational location for the stair from an architectural standpoint was the most structurally challenging.  Several new steel beams had to be integrated into the 100-year old structure.
Column 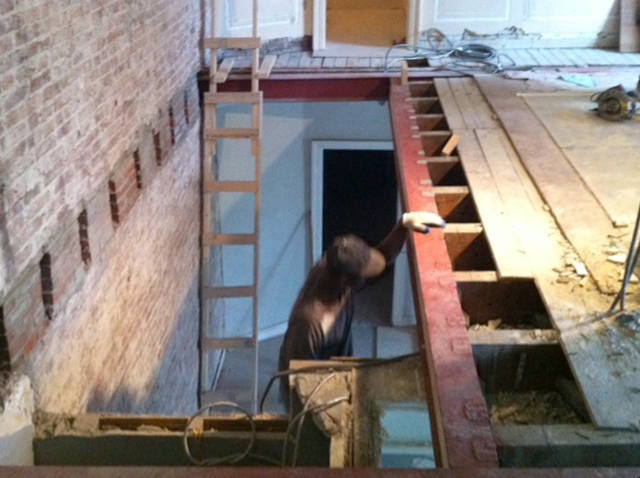 The stair opening during construction 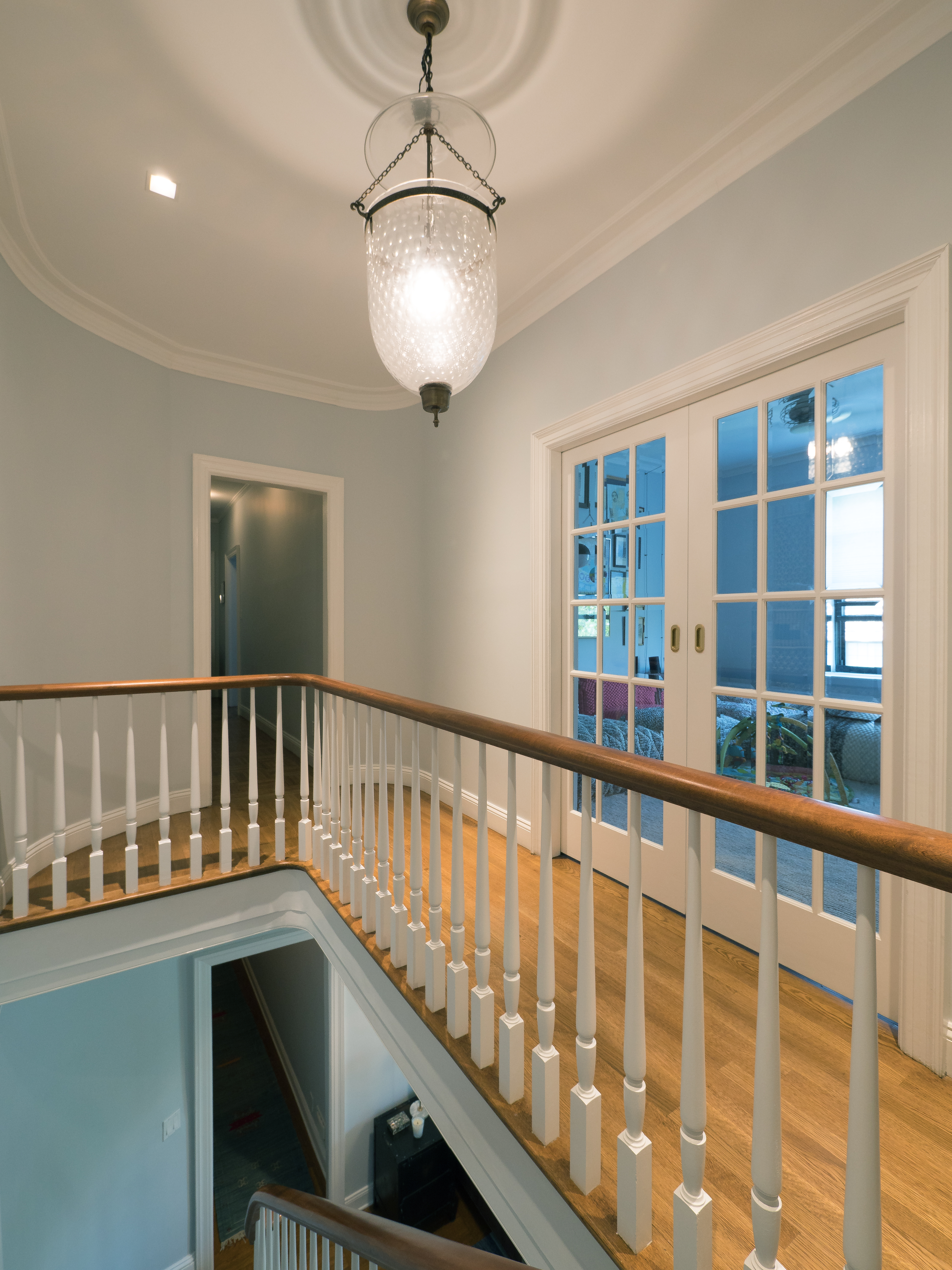 The stair opening after completion 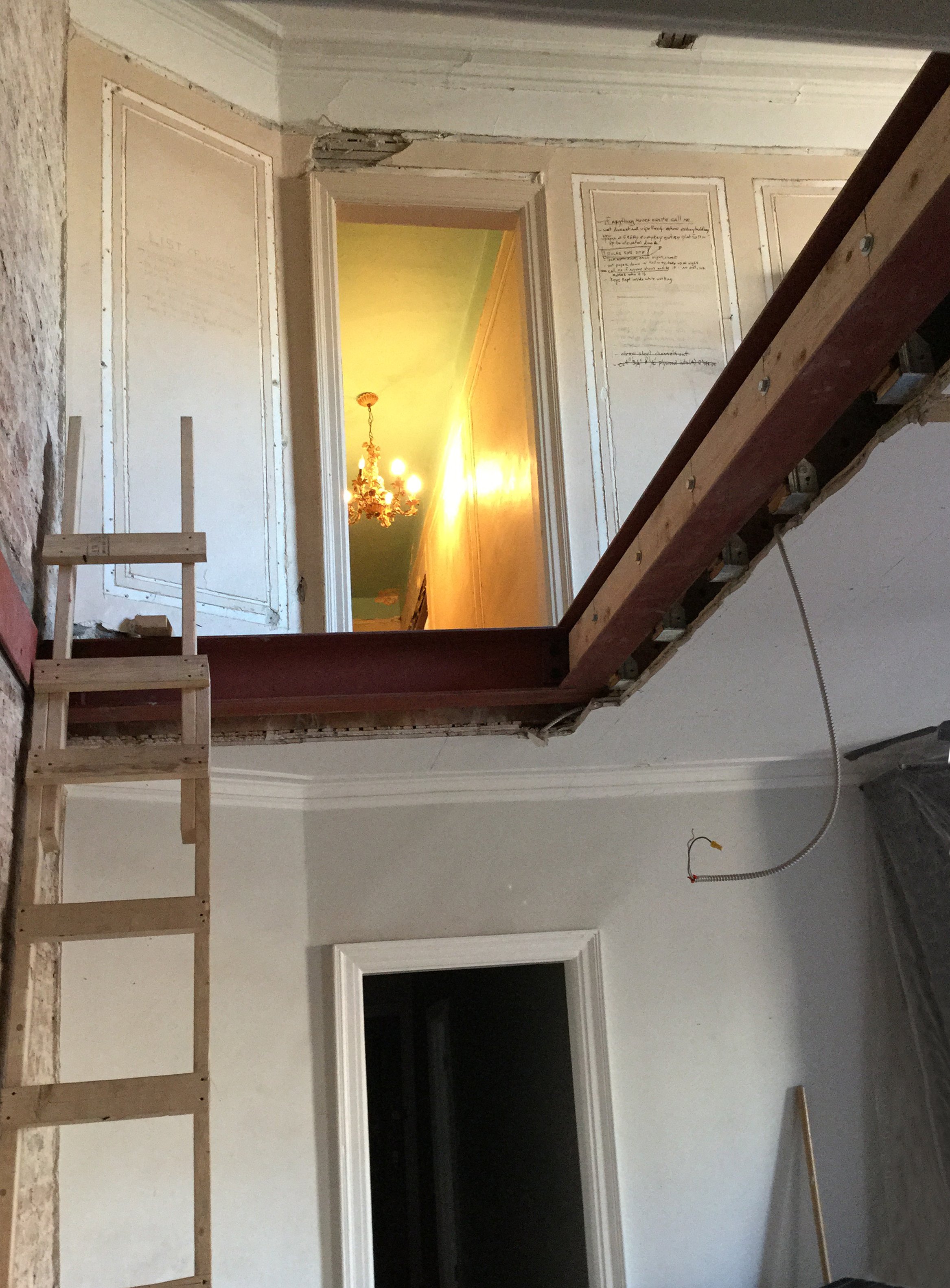 The stair opening from below during construction 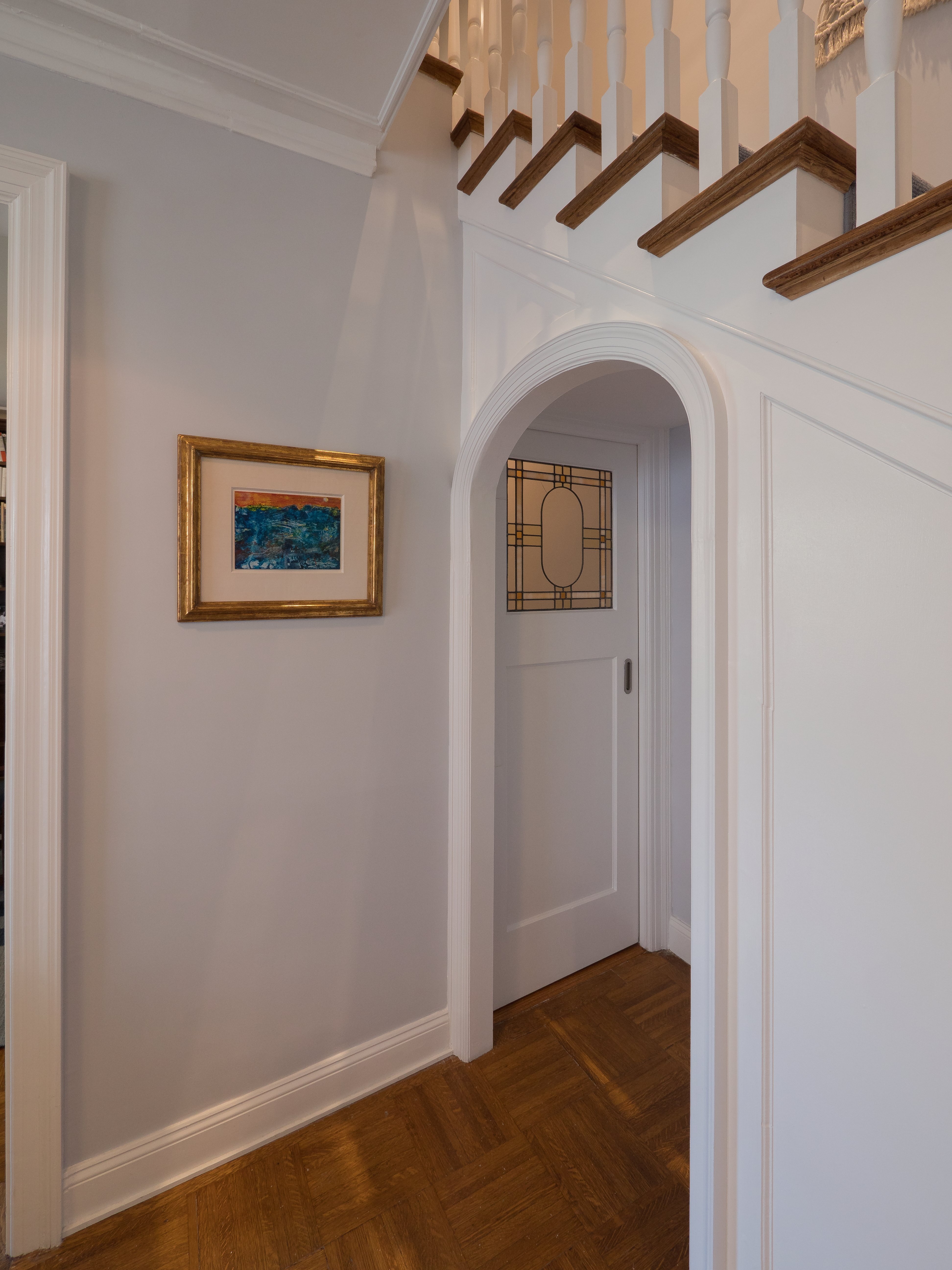 Elliptical archway preserves access to the back hall and kitchen while providing head clearance under the stair. 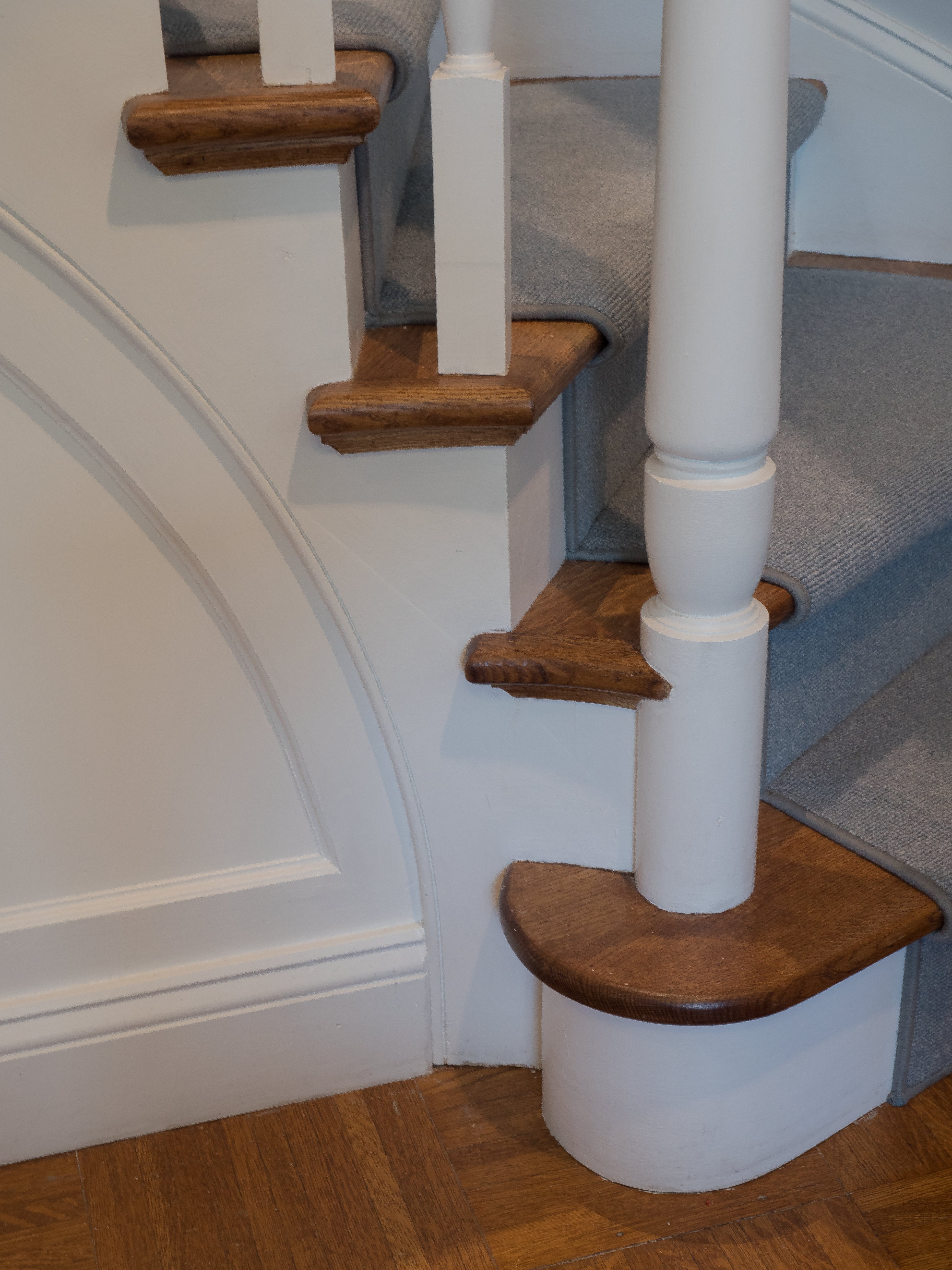 We designed a pretty new bathroom in a traditional New York style to replace the extra kitchen and renovated the existing bathrooms to echo the same traditional, 1920’s aesthetic and visually tie the apartment together.
Column 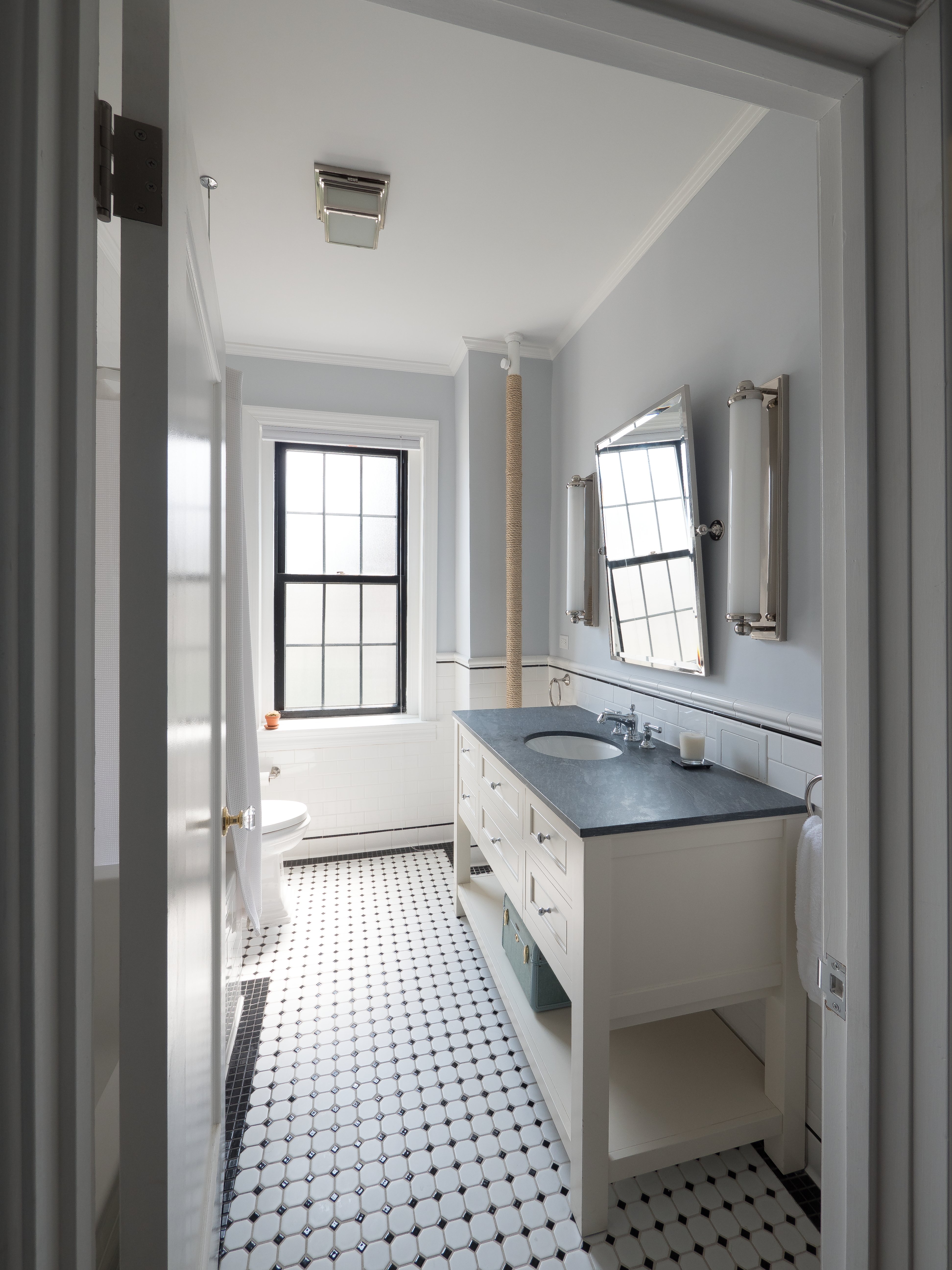 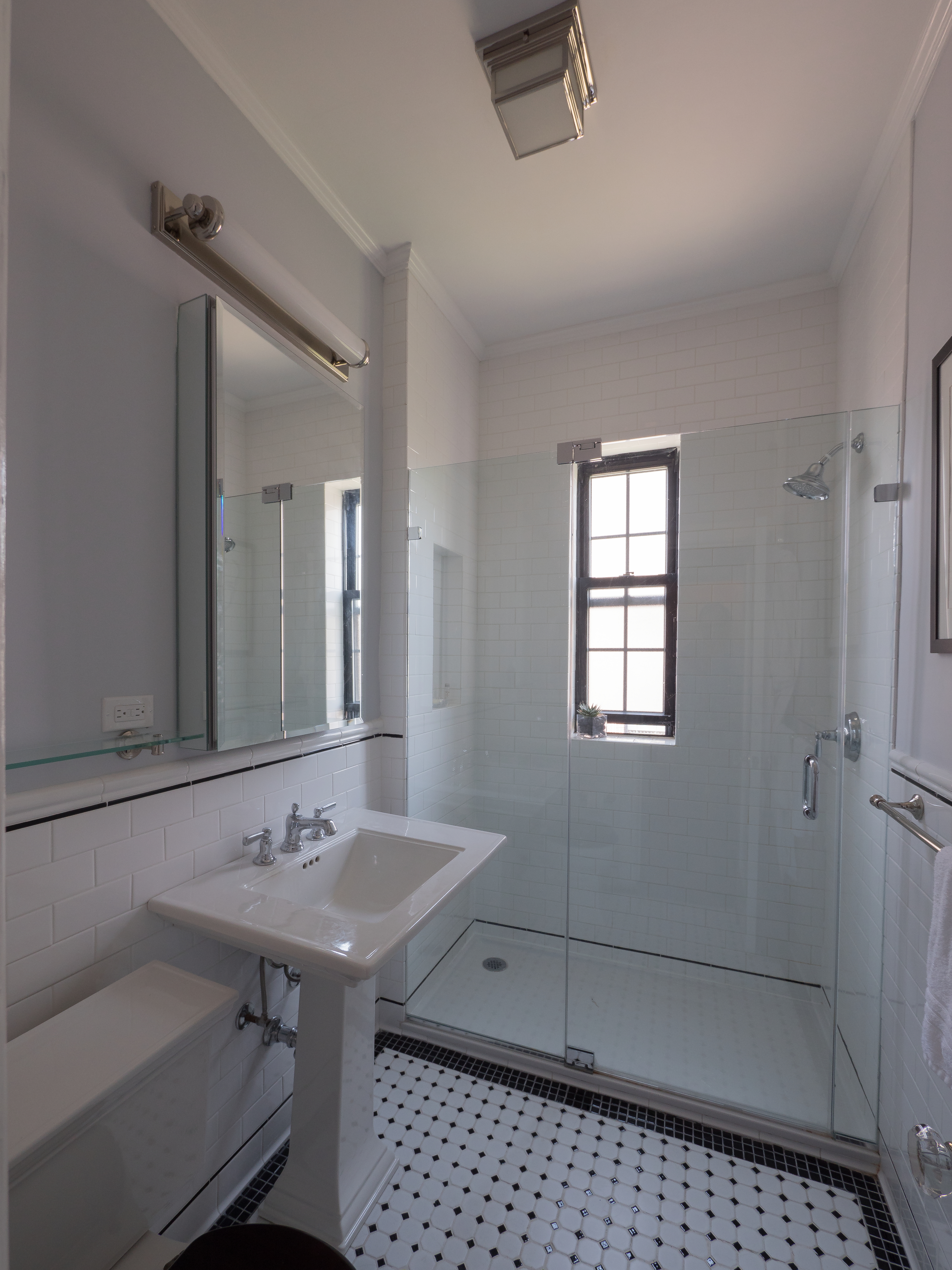 Existing bathrooms were renovated to reinforce the period aesthetic 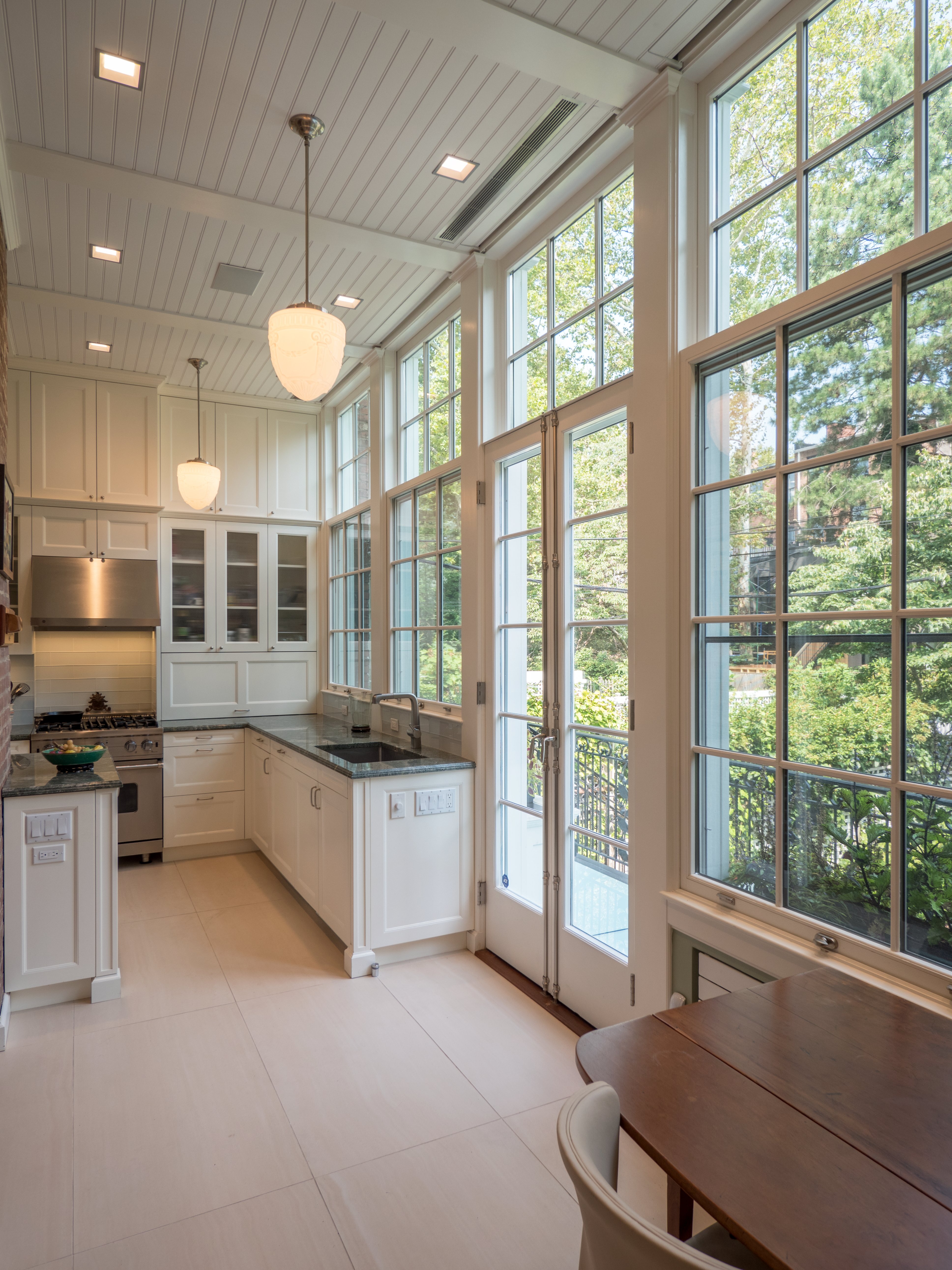 If you enjoyed the traditional spirit of this duplex project, you will enjoy the period interiors of our Cobble Hill Townhouse.

We serve clients in New York City and beyond.